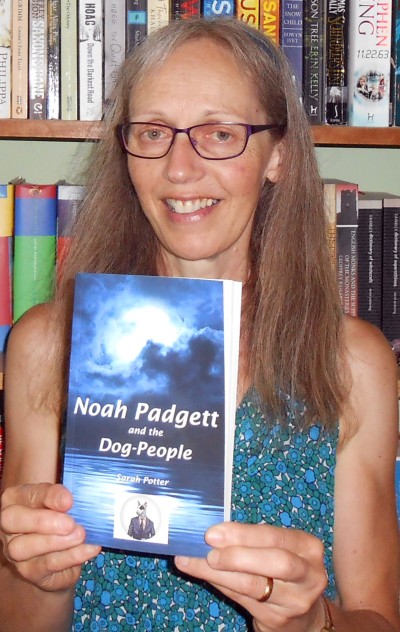 Lest my dear blogging friends are feeling somewhat neglected of late, I’ve been lost in another dimension ruled by Canis sapiens.

This has made a change from fighting giant inter-dimensional woodlice (pill bugs) in a girls boarding school, as in my science fantasy novel Desiccation.

Please bear with me a little longer, while I finish checking through the proof copy of Noah Padgett and the Dog-People, which is an upper-middle grade crossover children’s  fantasy novel.

Recently, when I suggested it was time that I wrote something straight-genre and non-quirky,  a few people reacted along the lines of  “being normal is just not you“. I’m hoping they meant this as a compliment.

Under acknowledgements in my canine novel, it says, “Thank you to my husband, Victor, for designing the book cover and surviving the experience”. In fact we only had one argument (not that heated) about the choice of font and its size; especially the latter, when it started out too small to read easily as an online thumbnail image.

My official launch will be in the early part of September. I will confirm the date shortly, plus whet your appetites with a preview of the blurb.

22 thoughts on “Countdown to Publication Day: The Proof Copy”