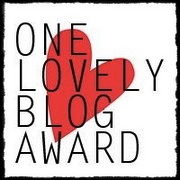 My heartfelt thanks to Keyur Panchel at Keep Picturing, who has an awesome photography blog and was kind enough to nominate me for the One Lovely Blog Award back in mid-September … sorry about the time-slippage on my part D:

Here are the rules of the award

1. Thank the person who nominated you and include a link to their blog
2. List the rules and display the award
3. List 7 facts about yourself
4. Nominate 15 other bloggers and comment on 1 of their posts to let them know they’ve been nominated.

Now I’m going to cheat and break all the rules. This is my twelfth award and I’m running out of new things to say about myself, but you can read plenty of random/eccentric facts from earlier posts via my page Blogging Awards

Before you do this, I’m going to tell you about “The Gadget” that has recently boosted my standing as a domestic demi-goddess: a fact of sorts … hah 😉 And please do stick around to find out who I’ve nominated for the One Lovely Blog Award.

Story Of The Gadget

“What would you like for your birthday?” asked Mister.

“A breadmaking machine,” I replied.

“But women get cross if men give them a household gadget for a birthday present.”

“Not if they’ve requested it.”

Even though my birthday was still a month off, he ordered the machine straight away from Amazon, and immediately it arrived, we had to check it worked and after I’d cooked my first loaf, it seemed silly to miss out on waiting until my birthday to cook another loaf, or two or three …

Not only can this amazing machine be used for bread-making, but also for cakes, pizza dough, and jam-making. So far, I’ve cooked wholemeal loaves, French loaves, and a coffee cake. Apart from them tasting better than the shop-brought stuff, they’re also much healthier as there are no additives. As for the new topping I’ve discovered for wholemeal toast — yum, super-nutritious organic cashew nut butter with sugar-free pomegranate and raspberry jam.

PS Will be providing a report on increases in the waistlines of Mr and Mrs Potter in due course! 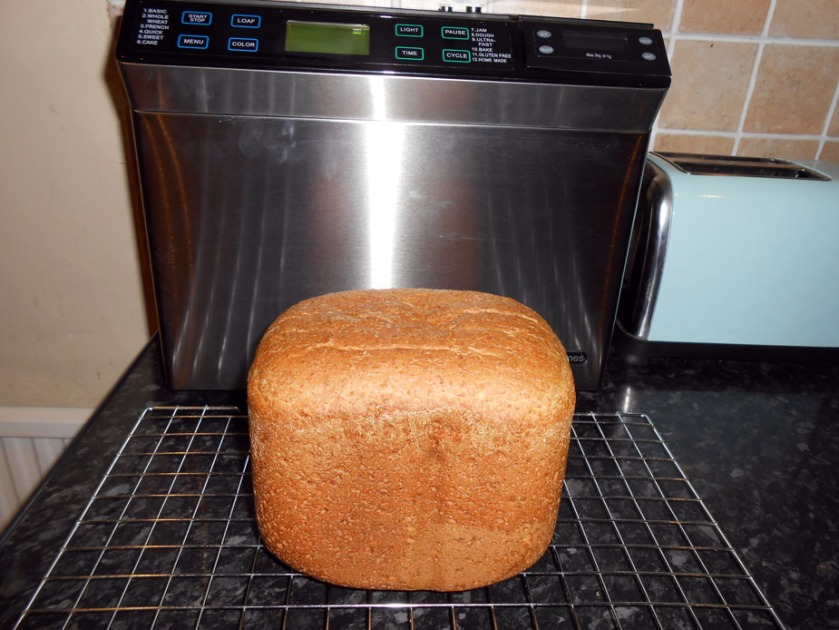 I’m going to break another rule and just nominate three lovely blogs I’ve started following fairly recently, which means they haven’t received nominations, or multiple nominations for awards from me before. The links I’ve provided will take you straight to their “about” pages, which describes them far better than I can!

A View From My Summerhouse

Sarah is a British eccentric who writes offbeat fiction, haiku and tanka poetry. She's into nature, gardening, and natural health. Her sociability is something that happens in short bursts with long breathing spaces in between. View all posts by Sarah Potter Writes

17 thoughts on “One Lovely Blog Award & The Breadmaking Machine”